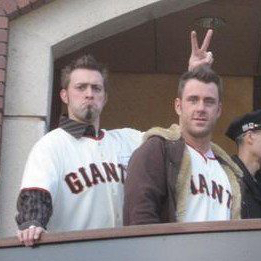 DcISCLAIMER: “All blondes are created equal.  Myself I appreciate a good blonde joke and have been known to tell a few.”

This page will hopefully be amusing and not bog you down with a lot of facts and statistics. However I always provide links to the important stuff.

The opinions expressed here will be mine but don’t expect them to be reasonable in any way shape or form.

After all they won’t necessarily be opinions I have formed after researching an issue. I usually go with my gut instincts. I don’t mind being wrong, I’m used to it.

If there are any of you old enough to remember the great Bob Uker, dubbed “Mr Baseball” by Johnny Carson known for his humor even more than his ability as a player. I believe “Uke” used the tag line “Lighter Side of Sports” but sadly he no longer has a use for it so it’s mine and I intend to keep it as light as it was meant to be.

I love sports but I’m certainly no expert. I know more than most of the women I know and that doesn’t cover much of the female population.

Occasionally I will  pass on what I know to those who don’t. Know it, that is. There are people who know less than I do so there are things that they can learn from me.

I hate to repeat myself-unless it is something I want to say twice.

I think there is a serious need for reporting geared to the individual who would like their sports in small doses. There are people and situations that don’t require all of the small print. Who was playing, who won and by how much pretty much covers it a lot of the time.

I will keep it simple because as they say “simple minds think alike” or something like that.

Mostly Giants Baseball but I try not to be too predictable. Enjoy! 🙂

One thought on “ABOUT THE LIGHTER SIDE OF SPORTS”