As predicted this season will be ODD and our 2017  SAN FRANCISCO GIANTS know how to play that.

Chase Field was sold out and brimming with enthusiastic fans from both teams.

So we lost, no big deal.  We have lost just about every game I have seen the Giants play in Phoenix since 2011 but so far down the road when it matters the D-BACKS fade away.  Much like most of the other MLB teams that feel like they nabbed/signed “THE pitcher” but not the rest of their team and their game simply slips through their scales. :O

I was happy to have the chance to be at the first game the boys played this season even if it was in the SNAKE PIT.  Luckily I was sitting next to some very nice people. 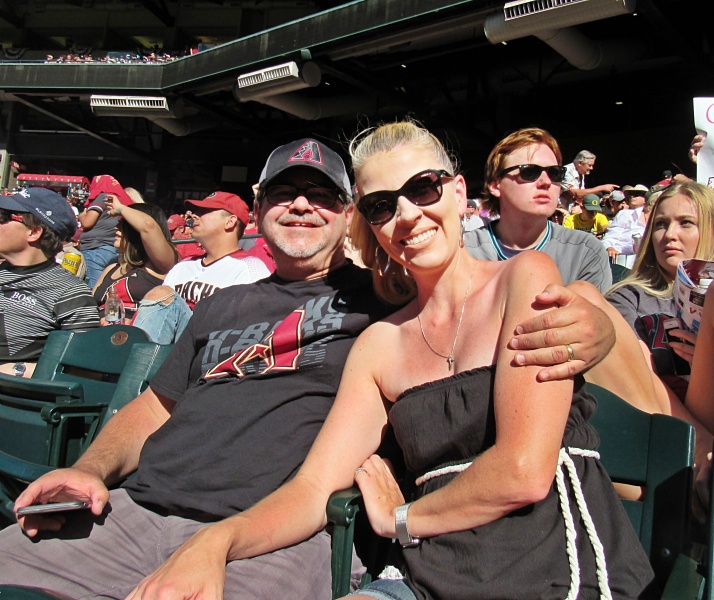 Oh we didn’t play poorly quite the contrary and I would begin to tell you what a great game it was even though the “walk off” wasn’t ours it was thrilling none the less. 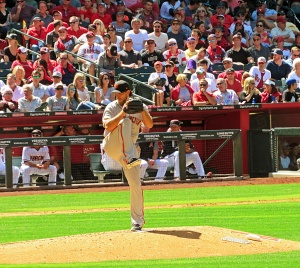 However all the way home from Phoenix Sunday I listened to some unidentified “sports guy” rant on and on about how this day was a travesty to Major League Baseball and opening days past and present. So I decided I wouldn’t count it either.  Not yet.

Instead I will show you the folks who enjoyed Sunday as if it was their teams opening day and they enjoyed the win.  Which is a good thing because it won’t be happening much. 🙂