I know I’m impressed and apparently so are others. Lumping his name in with KOUFAX, GIBSON and…nope that’s it those are the only two MLB pitchers who come close to achieving what Bumgarner has and even those great performances fall short of Bum’s stats.

At the young age of 25 he has pitched in three World Series and coming out of this last jaw dropping victory he held the best record in three categories. This would be an accomplishment on any stage but we are talking the “big stage” the biggest for a baseball player.

I have the strongest unconditional love for my SF Giants and an equally unreasonable strong faith in the “magic” they have found since 2010. However I’m not blind and it’s clear that without Madison Bumgarner we would not have that third trophy. He was the the difference and he should know it.

SANDY KOUFAX was before my time and believe me I can’t say that about many things these days. I have always been a  SF Giants fan and Koufax compiled his 4-3 career World Series record playing for the Dodgers so I can’t get too excited for him. He thrilled others in 1965 with an ERA of .38 Bumgarner had the lowest single series ERA since that day in 2014 .43

BOB GIBSON famous for a game in which he had 17 strike outs adding up to a 7-2 record with 1.89 ERA and 89 WHIP
BUMGARNER pitched three WS and holds the record for career Fall Classic ERA WHIP (.53) and H/9 pitched (3.5) among pitchers with at 20 or more innings pitched.

Madison gets his fourth win at this early time in his life, 5 plus years ahead of Koufax and Gibson.

BUMGARNER hasn’t lost!
He is a winner and the statistics prove it.

This man of the simple country life isn’t going to let all this hype change him. At least I hope not because this is a baseball player that is and will be from this day forward a true
LEGEND
and thanks to that farm boy confident swagger the SAN FRANCISCO GIANTS are some place no other team has been.

DYNASTY? I guess that’s what we can officially call the San Francisco Giants  but in my opinion that word doesn’t even touch this amazing team. Start looking for a new word to describe the performance and accomplishment of my team. 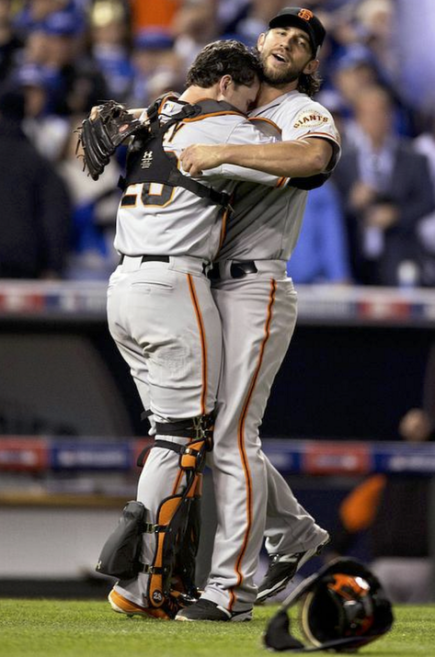 What will always make these three trophy’s special is that we won them against all odds and while the experts said we couldn’t.