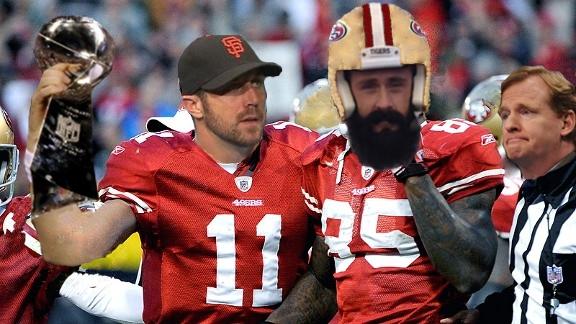 So many different stories about the fate of our beloved Brian Wilson.  Most are out dated and much like his gnome-he could be anywhere!  One thing goes without saying, there will never be a more intriguing or brilliantly strange character in professional baseball or anywhere else.  I for one will miss him. Or will I?

The Beard may be switching coasts.

The Mets were not impressed by Brian Wilson

As you know, Brian Wilson worked out for the Mets the other day. Color them unimpressed, reports
Mike Puma:

According to a baseball source Tuesday, the veteran closer didn’t impress the Mets during his
workout at UCLA on Saturday and wasn’t deemed worthy of a major league contract at this point in
his rehab from Tommy John surgery. Wilson, the source said, wasn’t interested in a minor league
deal.

Perhaps he does have a “ways to go” but where is he going?!